THE JEWEL OF THE PILBARA

Karratha is the jewel of The Pilbara – one of the most breathtaking and rugged wildernesses on Earth. Set between the parched Great Sandy Desert and the azure Indian Ocean, The Pilbara's scorched red beauty is definitely Australian, yet otherworldly. 1,500kms north of Perth and 850kms south of Broome, Karratha and its neighbouring port of Dampier are a literal oasis within the impressive but forbidding landscape of Western Australia.

Taking its name from the local Indigenous word meaning ‘good country’, Karratha is the youngest and fastest growing town in the Pilbara. Karratha was established in 1960s due to the tremendous growth of the iron ore industry. Today, it is a busy, modern and well-serviced town and a great base for exploring Millstream Chichester National Park, Karijini National Park and the 42 islands of the Dampier Archipelago.

Home to some 17,000 residents, Karratha's abundance of natural resources – iron ore, natural gas and salt – bring people to the town for work, though many residents choose to stay; falling in love with the Karratha's unique lifestyle and environment. The landscape of The Pilbara can vary from miles of flat spinifex planes, to rugged hills and ranges, and is home to an impressive variety of native animals, vegetation and seasonal wildflowers (such as the region's iconic red and black Sturt's Desert Pea).

A shopping destination for residents of smaller towns, Karratha is visited by people from all across the north west of WA. The town is also one of the state's best tourist destinations, situated near beautiful national parks such as Millstream Chichester and Karijini, as well as man-made attractions like the Cossack ghost town and the Jarman Island Lighthouse. The stunning waters and untouched islands of the nearby Dampier archipelago offer some of the best fishing, diving and adventuring spots in Australia, bar none.

The Indigenous culture of Australia dates back over 60,000 years – the oldest living culture on Earth – and The Pilbara is steeped in Aboriginal history. In the area there are ancient works of art, sacred sites and artefacts, as well as local Indigenous communities who continue many of the customs and traditions of their ancestors. The Dampier Rock Art Precinct, which includes the islands of the archipelago and Burrup Peninsula inlet, is home to over 10,000 rock art engravings, dating between 6,000 and 20,000 years old.

As rich in natural beauty and ancient significance as it is in primary industry and modern luxury, Karratha is one of the most unique towns in the world, drawing in visitors from all over the globe. With a range of excellent accommodation, places to visit and things to do, it is a destination unlike any other and an experience that is truly Australian. 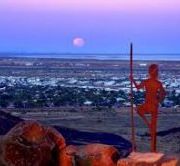 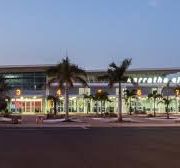 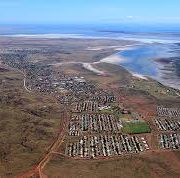 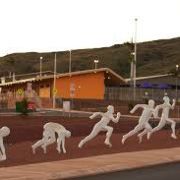 The Pilbara region shares both a tropical and semi desert climate, with temperatures ranging from 15°C to 45°C. From April to October, the West Pilbara Coast has the ideal weather and climate to spend your holidays, with winter daytime temperatures averaging around 25°C to 30°C.  The average monthly temperatures for Karratha and surrounds:

Located in the cyclone belt of North West Australia, weather conditions across the West Pilbara Coast can change quite noticeably from day to day, particularly in the summer. During the cyclone season from November to March, the region receives its annual rainfall between 254mm to 305mm per year. Severe cyclones can cause widespread damage, injury and loss of life. As cyclones often adopt an erratic course and can change speed suddenly, it is important to be aware of any changes by tuning into local radio and television broadcasts. There are four stages of alerts: Blue, Yellow, Red and All Clear.

Blue: A cyclone has formed and may affect the area within 48 hours. You need to start preparing for dangerous weather.

Yellow: A cyclone is moving closer to the area and appears inevitable. Ensure that all loose material and objects are safely stowed or secured.

Red: A cyclone is imminent. Make arrangements to be in your residence or shelter area when the cyclone arrives. Ensure to tune into the emergency broadcaster for Karratha and the surrounds on 702AM.

All Clear: The cyclone has passed the area but there may still be high winds and heavy rain. Venture outdoors with caution.

Europeans first encountered the Pilbara area in 1628, when a vessel in the command of Captain De Witt ran aground near Cape Thouin on route to the Dutch East Indies. After a cursory inspection of the coast he gave it a name of De Witt Land. In 1699, William Dampier sailed into the Dampier Archipelago aboard his ship ‘The Roebuck’, landing on Enderby Island. From this first landing, the islands have had a very interesting past, including the establishment of a sheep farm on West Lewis Island to supply fresh meat, to a whaling station on Malus Island – both ventures now abandoned and in ruins.

Other European explorers passed by the Pilbara, including ‘The Mermaid’ with Captain King in 1818 and the ‘HMS Beagle’ with Captains Wickham and Stokes between 1838 and 1941. Their role was to carry out a series of surveys of the area, identifying shipping harbours and reporting on coastal lands.

In 1861, Francis T. Gregory was sent to report on country inland of the North West Coast which was previously reported by King and Stokes as unfavourable. Gregory’s party used Nickol Bay as a base and observed several large areas of land suitable for pastoral purposes. The party also discovered and named the Ashburton, Fortescue, Sherlock, Yule, Harding, George, Strelley, De Grey and Oakover Rivers.

The township of Roebourne also has an amazing pioneering history. Being established in 1866 and named after John Septimus Roe (pictured above left), WA’s First Surveyor General, the town grey to be the administrative capital of the North West, with Cossack as the port that serviced this then very large town. The early years of settlement were difficult. Cyclones ravaged the area, resulting in the loss of both lives and supplies aboard sunk ships. In 1865, a smallpox virus reached the area, killing Aboriginals and Settlers in epidemic proportions. The early settlers were forced to face the problems of bad health without the aid of hospitals or qualified doctors, and were also plagued by stock losses and the erratic fluctuations of the London wool market.

The 1880’s saw the construction of many fine stone buildings which were used primarily for government purposes. Today in Roebourne there are a number of historic buildings that still remain, each with its own piece of history.

Cossack, originally known as Tien Tsin is named after the ship captained by JT Jarman, which landed there in 1863. Cossack was officially declared a town in 1872. It was the first port in the North West and played host to thousands of people seeking their fortunes in the Pilbara gold rush. Cossack was also the home of the fast growing pearling industry. However once the local pearling grounds were fished out, the pearlers moved further North to Broome. The town began as nothing more than a collection of shacks at the edge of the harbour. Concerned by the sprawlings and disorganised development, the town of Cossack was gazetted in 1872. Although Cossack’s growth was spread over forty years, its decline was more rapid. The Cossack port was no longer suitable as a harbour and in 1904 a jetty was established at Point Samson and all shipping movements were relocated there.

Jarman Island is named after Captain Jarman of the ‘Tien Tsin’. In 1866 a lighthouse was ordered as a kit from England, arriving some time later by ship. After being assembled using a labour force from the Roebourne Gaol, the lighthouse was fully operational with a lighthouse keeper to ensure that the four wick kerosene lamp was lit every night. The lighthouse was built to guard the entrance to Butcher Inlet and provide greater safety to ships using the port of Cossack. The lighthouse lamp was 96 feet above sea level and required winding every two hours so two lighthouse keepers were employed. In 1917 it was automated and decommissioned in 1985.